Site-specific installation at a vacant retail space in Sugarhouse, Utah, commissioned by TRASA and Brolly Arts.

This project is a large scale installation composed of suspended fabric forms which seep, collect, and drip water onto stratified and mounded earth. I've been influenced by the massive piles of unearthed materials all around the salt lake valley as well as the gravity of the resulting gaping negative spaces. This piece incorporates elements of suspension, stratification, building up mass, erosion and concavity to heighten the viewer's sense of space and the exquisite and minute alchemy which amounts to the large scale of constant change. 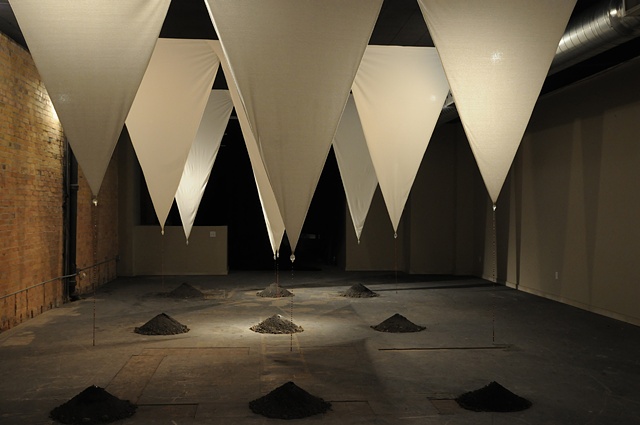 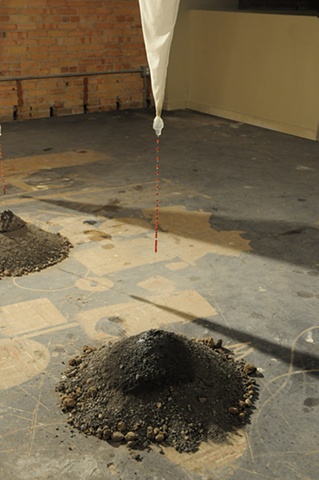 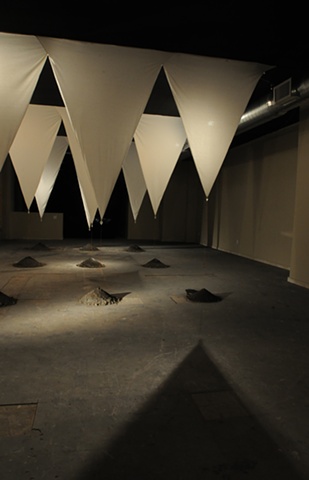 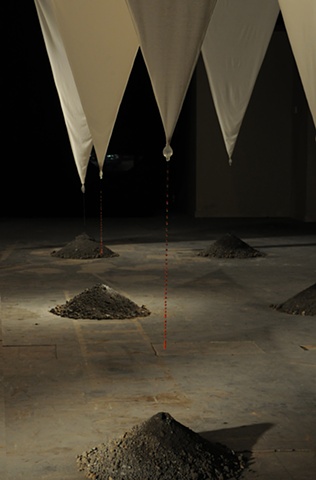 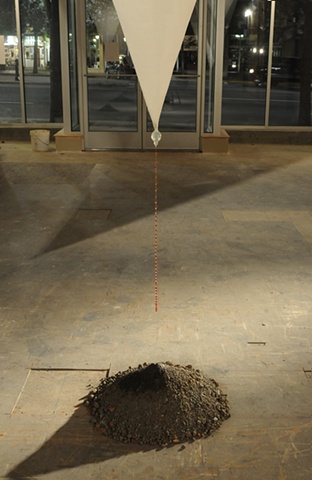 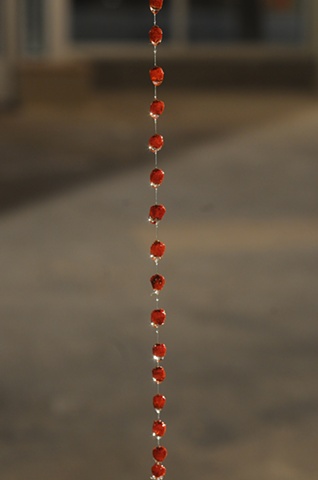 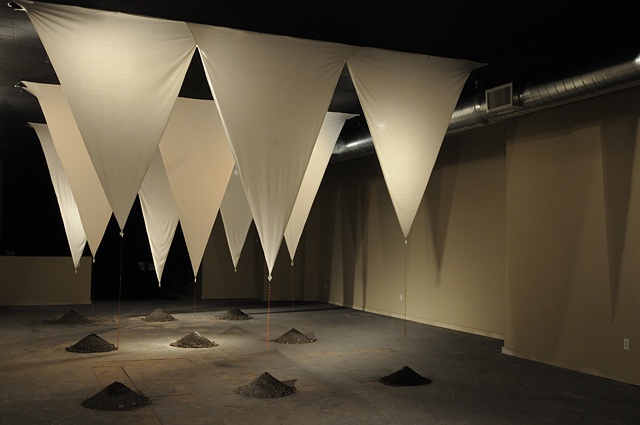 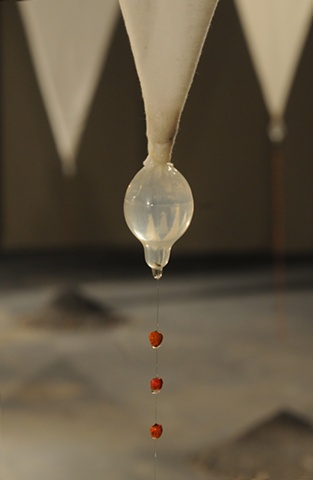 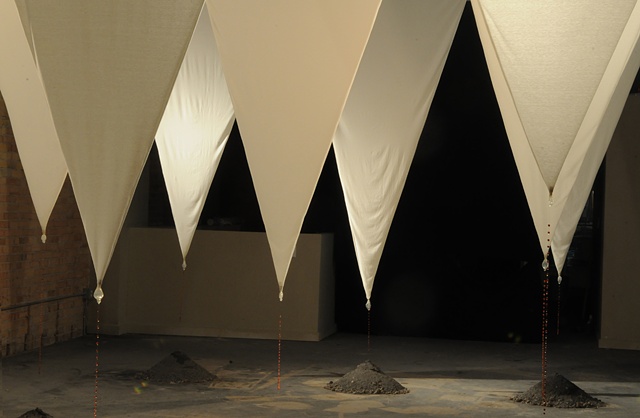 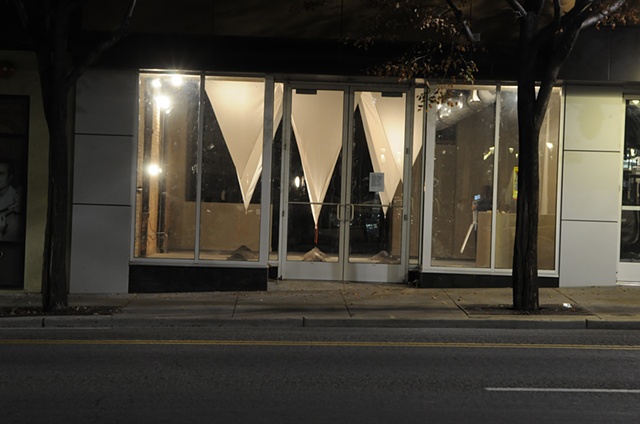 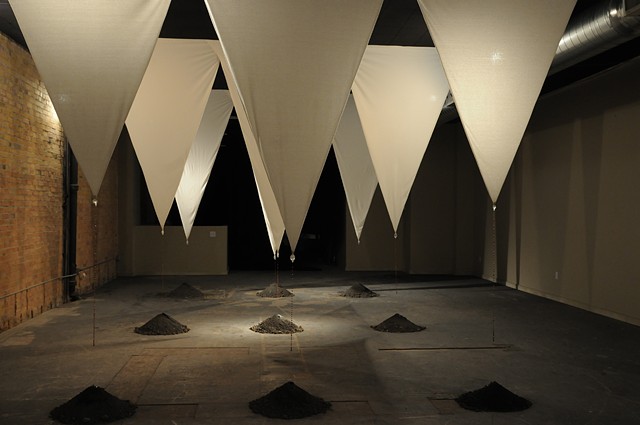